The Wladimir Dance Studios teach Streetdance/Hip-hop classes to adults in the city center of Amsterdam.

Street dance is a collective name for dance forms that were originally developed on the street, in clubs and in secondary schools. Street dance originated in New York in the early eighties of the last century. The name comes from the fact that there was a lot of dancing in the streets, mainly in the disadvantaged neighborhoods. Street dance is part of the Hip-hop and Funk dance styles, and the only rule when dancing is that your movements match the music. In Europe, Streetdance only broke through in the 1990s. Street dance had a strong influence on fashion, video clips, DJs, rappers and scratchers, and films were regularly released highlighting the Street Dance subculture. Nowadays Street Dance is taught at dance academies and there are many professional Street Dance teachers who can teach you how to dance well. Street dance classes often use movements derived from movements from video clips, so that the style develops continuously. The hip-hop and R&B music to which Streetdance is danced provide a flashy appearance.

What do you learn in a Streetdance class?

The Streetdance/Hip Hop classes for beginners start with a few basic steps. You do not need to have any dance experience to start the Streetdance classes. The longer you take classes, the better you get. In every class you learn step by step new elements that are developed into a complete dance combination. Streetdance is part of the Hip-hop and funkdance styles, which started to develop in the eighties. There are no rules, all movements are good as long as they match the music.

How long, how often?

A class lasts 75 minutes. You can pass by at any time of the season to take a trial class. If you enjoy the class, you can start a course the following week straight away. You can choose from a course of 18 or 36 classes. In principle, you take classes at the same time every week. If you cannot attend your regular class, you can unsubscribe via the website and schedule another class. We have a special offer for students who want to take two classes per week: we give a 50% discount on the second class per week.

Do you want to know who Sofía is?

Do you want to know who Mitchell is?

Do you want to know who Priscilla is? 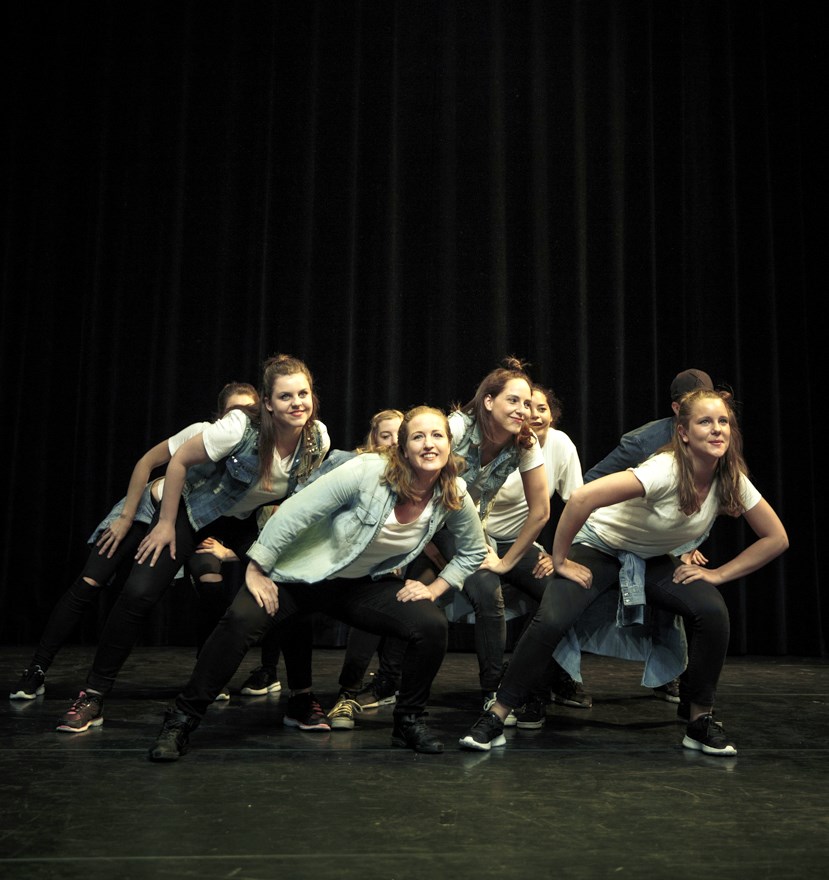 Want to try Streetdance yourself?